How Economic News Can Help You Invest in Forex - For Traders 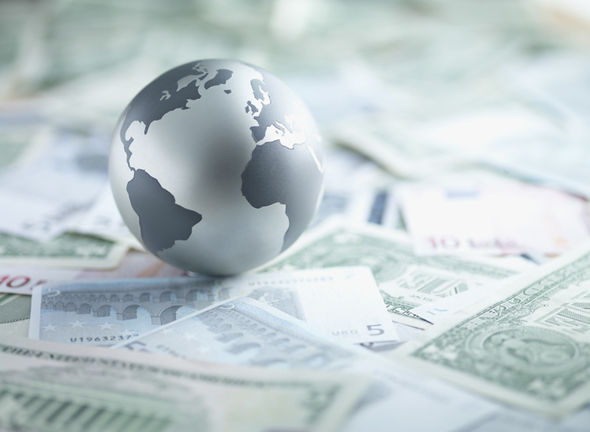 When it comes to investing, the latest economic news is of vital importance. It offers insight on key economic indicators like the unemployment rate, inflation, and consumer spending. You should also follow news about interest rates and the FED. Knowing these things before you invest can help you make the right decision. If you follow economic news carefully, you’ll be able to identify trading opportunities that arise as a result.

Economic news can also affect the price of certain commodities, such as oil and natural gas. Oil prices, for example, are affected by issues affecting supply and demand. Likewise, news about currency prices can affect their value. For example, a news article about the supply of oil in Venezuela may influence the price of oil.

The most important thing about economic news is that it can help traders and investors make better trade decisions. It can also provide insights into the economy’s overall health. By following economic news, you can make better investment decisions and avoid risky situations. However, if you’re not careful, it could damage your investment portfolio.

Macroeconomic news is particularly important for forex traders, as these events can have a large impact on currencies. By keeping an eye on these events, you can assess which news releases will move currency pairs and whether they will cause significant changes in the forex market. Inflation, for example, is a powerful indicator that can push a currency pair higher or lower. Similarly, a dovish central bank’s action can weaken its currency, which can affect forex pairs.

Taking the time to follow economic news can help you invest in forex. The most effective strategies involve thorough preparation and analysis before trading. Even though forex trading strategies are different from other financial markets, they are based on the same principles. You just need to know when economic news is due to be published and how to prepare accordingly.

The best approach to news-based trading is to create plans for the best and worst case scenarios. You should also understand the fundamentals of economic news before trading. In addition, you should be prepared to carry a position for longer periods. You may have to hold it overnight or for several days. You can also face additional holding costs if you’re trading with news-based news. However, it is possible to make profits from trading on economic news.

While it may be difficult to make sense of economic news, there are some indicators that you should keep an eye out for. For instance, the Federal Reserve’s decision to increase interest rates will be positive for the U.S. Dollar, as will a Japanese Central Bank rate increase. Another important indicator to watch is the nonfarm payrolls number, which measures the number of new jobs in the corporate sector in the U.S. This is a leading indicator of the state of employment in the country.

Another way to keep an eye on economic news is to follow market sentiment. Most leading economists agree on the importance of economic announcements, and the implications they have on the market. For instance, changes in the number of non-farm payrolls, GDP, and inflation can have an impact on the market. While economic announcements are not always enough to alter a medium-term trend, the reactions of traders and investors can indicate the beginning of a trend reversal.

Inflation rates continue to rise in the U.S., despite the recent decrease in gas prices. Most prices are still going up, however, so inflation remains a big burden for American households. Meanwhile, Ethiopia’s economy is facing a major setback due to conflict in the country’s Tigray region. This could cause delays in shipments of oil, which can exacerbate fuel prices.

A recent news release on the U.S. economy showed that the economy has added 56,000 jobs last month. However, the report was disappointing and triggered a 60-pip sell-off of the dollar against the euro. The market reacts in unpredictable ways, so you should watch your trades closely. The biggest move can come when a news release is different from the forecast. Moreover, high volatility can be caused by speculative traders. This volatility can result in price spikes and wider spreads, as well as slippage.

The recent news about rising interest rates is also a concern for stocks in Europe. The Fed has decided to hike rates by 75 bps for the third time in a row. The move was followed by hikes from the Bank of England and the Swiss National Bank. Both of these banks raised rates by 50 bps and 75 bps, respectively. The higher interest rates put pressure on growth sectors and longer-duration assets, particularly bonds.